Mr Leung is a founder of our Group and is responsible for the formulation and execution of overall business strategies and policies as well as the overall management of our Group.  He has more than 20 years of experience in the adhesive tape business.  Mr Leung was previously the Vice-Manager of Wingtai Adhesive Product Factory Co. Ltd. from 1984 and was subsequently promoted to General Manager in 1989.  He also worked as a salesperson and an operations worker in several companies and factories in Zhongshan Yongning.

Miss Leung assists the Executive Chairman in overseeing the finance department, and formulation and execution of overall business strategies and policies of our Group. She has joined the Group since 2005.  She is an Assistant Sales Manager of the Group and responsible for managing business relationships, overseeing sales operations, devising sales strategies and assisting product development of the Group’s Hong Kong subsidiaries, Luxking International Chemicals Limited and China King International Trading Limited.  She obtained her Master in Science (Honours) in Chemistry from Imperial College London, United Kingdom in 2005.

Mr Chng was appointed as an Independent and Non-Executive Director of the Company on 17 June 2005. He is Chairman of Ellipsiz Ltd. Mr Chng had served as the Chief Executive Officer of Scotts Holdings Limited, Yeo Hiap Seng Limited, Hartawan Holdings Ltd., HG Metals Manufacturing Ltd. and LH Group Ltd.  He was a Member of Parliament of Singapore from 1984 to 2001. Mr Chng served on the boards of Sentosa Development Corporation and Singapore Institute of Directors. Currently he sits on the boards of a number of listed companies which include Samudera Shipping Line Limited, United Food Holdings Ltd, Full Apex (Holdings) Limited and Blackgold Natural Resources Ltd. Mr Chng was awarded a Merit Scholarship by the Singapore Government and graduated with a BEng (First Class Honours) from the University of Singapore in 1972. He also holds a MBA from the National University of Singapore.

Mr Er was appointed as an Independent and Non-Executive Director of the Company on 9 September 2019.  Mr. Er spent 27 years in the service of the Singapore Government. Whilst in the civil service, he served in various ministries such as the Ministry of Defense, the Public Service Commission, Ministry of Finance, Ministry of Education and the Ministry of Community Development. He held Permanent Secretary Position first with the Ministry of Education from 1987-1994 and then with the Ministry of Community Development until his retirement in 1998. After his retirement from the civil service, he was appointed Executive Chairman of Sembawang Maritime and Logistic Ltd till 2001 when he left to take up the position of Executive Director of a leading private education institution in Singapore.

A Colombo Plan and Bank of Tokyo Scholar, Mr Er Kwong Wah obtained the Bachelor of Applied Science degree (BASc) with Honors in Electrical Engineering at the University of Toronto, Canada in 1970, and the Master in Business Administration (MBA) from the Manchester Business School, University of Manchester in 1978. 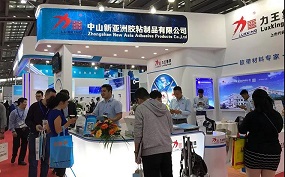 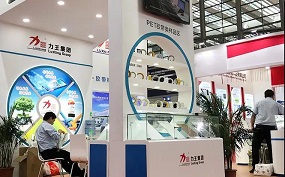